The advent of technology allowing for minimally invasive surgical procedures has opened a new door into the medical future. We no longer have to fear the presence and pain of large surgical scars as we used to for so many procedures. The invention of particularly effective methods of robotized minimally-invasive surgery such as the “da Vinci” surgical system has revolutionized both the general and bariatric surgery industry. Now more-so than any time before, we are able to help create healthier, brighter futures for our patients with far less scarring and permanent marking.**

What is The “da Vinci” System

The “da Vinci” surgical system enables surgeons to perform delicate and complex operations through a few small “keyhole” incisions. The “da Vinci” system is powered through advanced robotic technology which allows the surgeon’s hand movements to be scaled, filtered, and translated into precise movements of the EndoWrist instruments working inside the patient’s body. It essentially enables the surgeon to manipulate these surgical instruments with a precision unattainable by human hands. One of the instruments which gives the surgeons unparalleled control is a laparoscope. The laparoscope is a thin tube with a tiny camera and light at the end. The camera sends images to a video monitor in the operating room to guide doctors during surgery. With this added measure of insight, robotic surgery has been revolutionized.

Despite the “da Vinci” surgical system being referred to within the general term of “robotic surgery”… it is a bit of a misnomer. The robotic surgery term may leave the reader with the impression that the “da Vinci” system is performing the surgery autonomously. This would truly be an impressive spectacle. However, the current “da Vinci” system cannot function on its own in any manner. It is entirely reliant upon the expertise of the surgeon. The “da Vinci” surgical system has not been designed to perform autonomously nor does it have any surgical decision making software. So throughout the entire process, the surgeon will remain in 100% control.

Advantages with The Advanced Surgical Team & The “da Vinci” System

Throughout Dr. Ragui Sadek’s career as a leader in the bariatric surgical field in the United States and Northeast he has made multiple contributions to the research of minimally invasive surgery and helped to advance the science tremendously. His record includes numerous medical journal publications and scientific presentations at the industry’s largest conventions including the World Congress of Endoscopic Surgery and the annual meeting for the American Society for Metabolic and Bariatric Surgery.

Another crucial member of the robotic bariatrics team at Advanced Surgical and Bariatrics is Dr. Lora Melman. Dr. Melman is a Fellowship-trained, Board-certified, and “daVinci” robot-certified specialist. She has conducted extensive research in the area of biomaterials (hernia meshes) for repair of all types of abdominal wall and diaphragmatic hernias. The techniques she uses are directly learned from world-renowned Hernia experts and benefit the full range of patients from those seeking repair of first-time occurrences to those requiring a multi-disciplinary approach and comprehensive plan involving Abdominal Wall Reconstruction.

Matching the dedication Advanced Surgical has to ongoing advancements in technology made this partnership with the “da Vinci” system an easy decision. The “da Vinci” surgical system enables Dr. Sadek and the Advanced Surgical team to perform operations through a few tiny incisions. Additionally, this system boasts some impressive features such as: 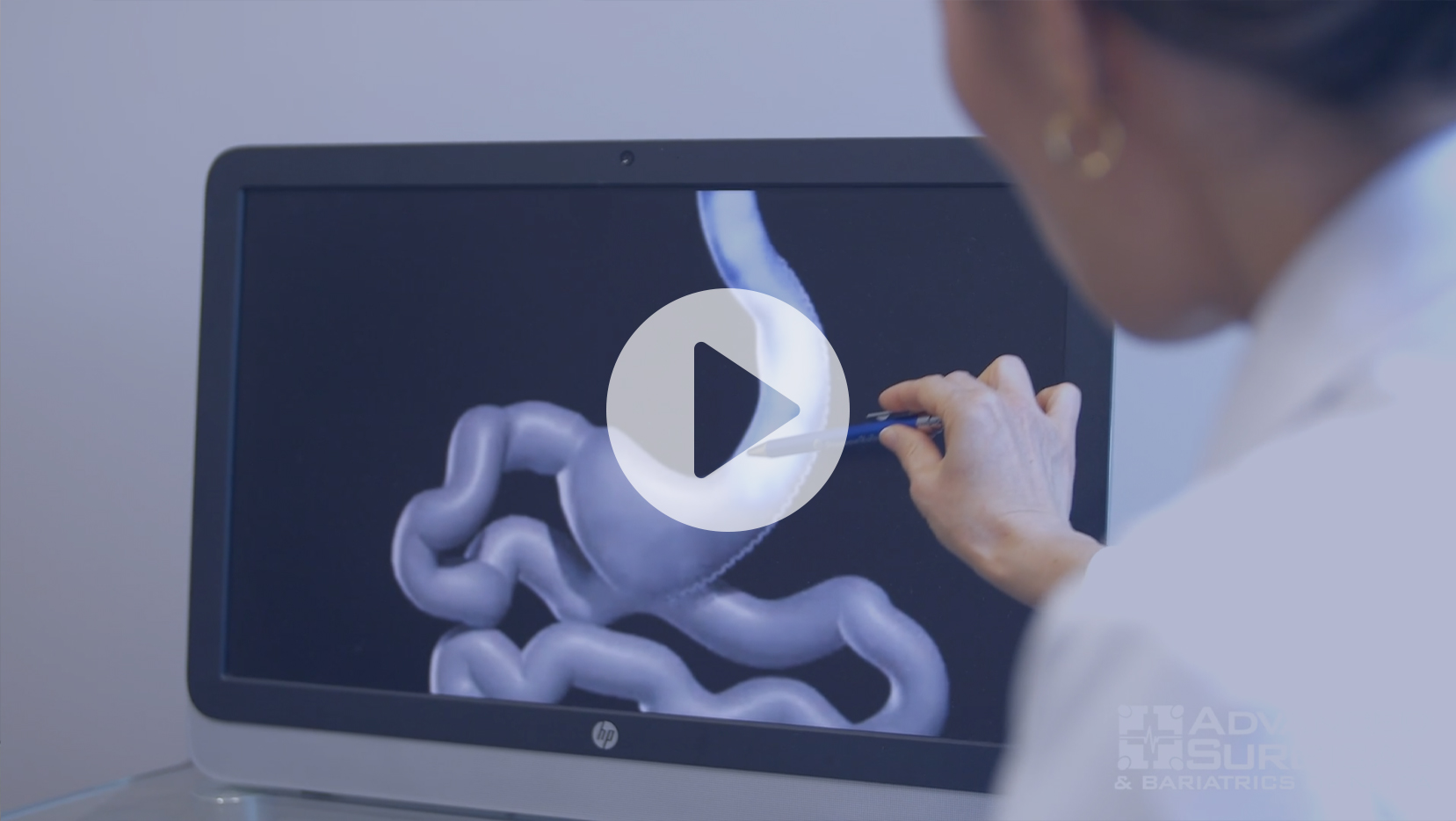 What are the benefits of robotic-assisted surgery using the da Vinci compared against traditional methods of surgery?

The major benefits surgeons whom utilize the “da Vinci” Surgical System encounter as opposed to traditional methods are greater surgical precision, increased range of motion, improved dexterity, enhanced visualization and improved access. The major benefits for patients may include a shorter hospital stay, less pain, less risk of infection, less blood loss, fewer transfusions, less scarring, a faster recovery and return to normal daily activities.** We strongly feel that these benefits make a convincing and clear-cut argument for the adoption of the “da Vinci” Surgical System.

What is Minimally Invasive Surgery (MIS)?

Minimally Invasive Surgery or MIS is a surgery procedure typically performed through tiny incisions or operating ports, rather than large incisions. This type of surgery typically results in potentially shorter recovery times, fewer complications, reduced hospitalization costs and overall reduced trauma to the patient.** MIS has become the standard-of-care for particular surgical procedures and the addition of robotic assisted technology enables the use of MIS techniques for complex procedures.

Despite the name “robotic surgery” the system is not a self-automated robot, it is a robot-assisted system that relies entirely upon the surgeon.

Why is it called the da Vinci Surgical System?

The product is called the “da Vinci” after the much famed Italian Renaissance artist and mathematician. His at-the-time unparalleled anatomical accuracy and three-dimensionally detailed paintings brought his masterpieces to life. Similarly, the “da Vinci” Surgical System provides physicians with such enhanced detail and precision that the system can simulate an open surgical environment while allowing the operation to occur through tiny incisions.

Has the da Vinci Surgical System been cleared by the FDA?

The FDA has approved this system.

Request an Appointment
Find a Location