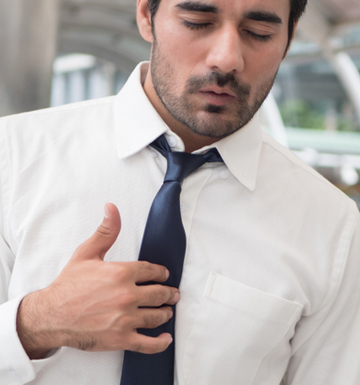 What is POEM? A Guide to Treating Swallowing Disorders

Did you know the average human swallows at least 900 times per day? The seemingly simple reflex is actually very complex — eating and swallowing involves intricate coordination between your brain, nerves, and throat muscles.

The esophagus, an 8-inch-long tube that connects your throat to your stomach, is also sensitive to injury. Damage to the esophageal muscles could prevent the lower esophageal sphincter, or LES, from relaxing properly. This could result in achalasia, a rare swallowing disorder that makes it difficult for food and liquid to pass into your stomach.

What is a swallowing disorder?

Achalasia is one of many different swallowing disorders, all of which are a form of dysphagia, a medical term used to describe difficulty swallowing. Dysphagia can happen to anyone, but it’s most common among elderly, babies, and people with neurological issues.

Swallowing disorders affect the swallowing apparatus, an integrated system that consists of the back of the throat (pharynx), the upper esophageal sphincter, the esophagus, and the lower esophageal sphincter (LES). Each component works together to transport food, drink, and saliva from your mouth to your stomach.

If any part of the swallowing system is damaged, a swallowing disorder can occur. In most instances, the damage is a result of muscles and nerves not working properly. Neurological disorders such as Parkinson’s disease, multiple sclerosis, or stroke can cause swallowing disorders, in addition to certain medications, brain injuries, tumors, or cancer.

What are the symptoms of a swallowing disorder?

Swallowing disorders can be characterized by the following symptoms:

How are swallowing disorders treated?

Swallowing disorders that occur as a result of esophageal damage may require surgery and/or oral medication. Achalasia, for example, is best treated with a peroral endoscopic myotomy (POEM).

POEM is a new, minimally-invasive endoscopic treatment for swallowing disorders, most commonly for achalasia. The procedure involves the use of an endoscope, a flexible tube with an attached camera, to see inside the esophagus. The surgeon will view the images on a nearby monitor and use the endoscope to navigate the interior of the esophagus. Then, several small incisions are made to loosen tightened muscles near the lower esophageal sphincter and restore function between the esophagus and stomach.

In the past, achalasia was traditionally treated with a Heller Myotomy. While mostly effective, the treatment is complicated and requires a number of incisions. By contrast, POEM requires no external incisions — the endoscope is inserted through the mouth, which greatly reduces the complication rate and minimizes potential discomfort and pain. The procedure also features a fast recovery time, due to the minimally-invasive nature of the endoscope.

Advanced Surgical and Bariatrics, the premier weight loss center in New Jersey, is one of the first practices in the Northeast to offer the POEM procedure. Our team of surgeons is dedicated to ongoing training in POEM to stay up-to-date on advancements in technology and ensure thorough expertise in the procedure. We’re proud to maintain the lowest complication rate for bariatric surgery in New Jersey.

Wondering if you’re a good candidate for POEM? Contact our weight loss center in Somerset, NJ to schedule a consultation. Our team of bariatric surgeons are happy to answer your questions — your health is our goal!